A Summer’s Day on the Prairie

Associate Editor Emmie Smith interviewed Maya Andelson to learn more about the video that she recorded.

Rootstalk: What does this video capture?

Andelson: This slow-motion video captures a Swallowtail butterfly fluttering around a patch of wild monarda native to the prairie (Monarda fistulosa, commonly known as bee balm). Other pollinators like bees and wasps zoom across the frame too. They’re all doing their own work, but they’re all part of the same essential process.

Rootstalk: Do you happen to have a background in entomology?

Andelson: I don’t have a background in entomology, but I love nature and identifying species, so it’s something I just take a basic interest in.

Rootstalk: What moved you to film this video?

Andelson: I spent at least 25 minutes standing in the sun watching pollinators at this stand of flowers. The diversity of species in such a small patch of land (no bigger than 3x3 yards) caught my attention. They were working so hard all day, and I felt gratitude for these small and colorful insects upon whom we all depend. The butterflies are, in particular, lovely to watch, and filming them in slow-motion allows one to really appreciate the grace with which they fly.

Rootstalk: What can you tell us about the soundtrack for this piece?

Andelson: My husband, Oliver Muñoz, wrote it to accompany the video, and played it on viola.

Rootstalk: What does this video mean to you?

Andelson: The video is an invitation to slow down and observe the details around us. So many of us rush through our day with a too-full agenda, spending too little time outside. 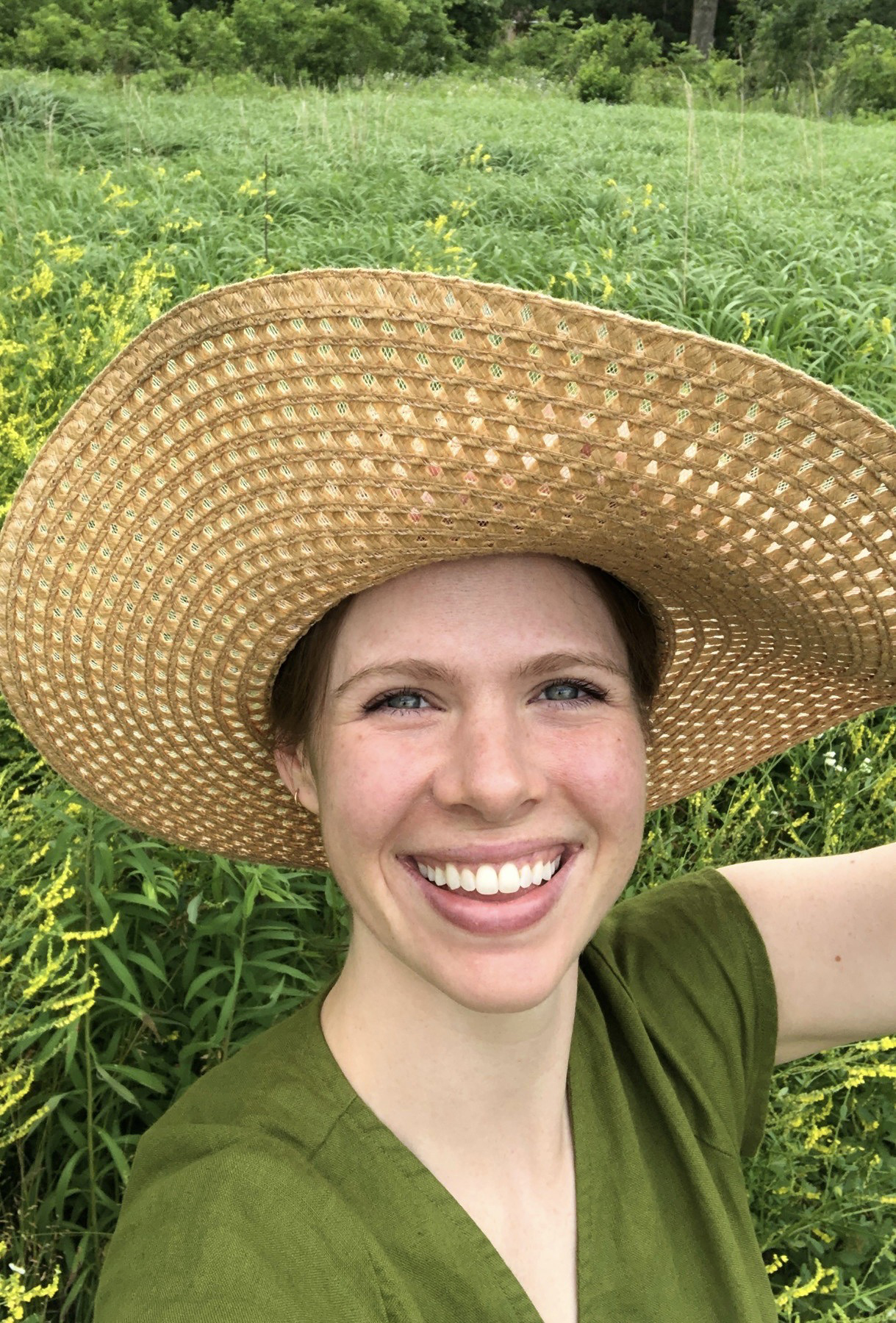 Maya Andelson is an alumnus of Grinnell College and an Iowa native with her roots in the state’s rolling hills, prairies, corn fields, and hickory and walnut forests. She is the daughter of an anthropologist (Rootstalk publisher Jon Andelson) and musician Karin Stein, and, naturally, she has an academic background in anthropology and a history of harp playing and singing with her mother and her two sisters. Andelson lives in Chicago and works in international education. In her free time, she enjoys drawing and painting, greenwood carving, nature rambling, animals, books and film, and travel.