There’s been a lot of bad news in 2020, and much of it has been tied to the natural environment. The news exists on a continuum, ranging from bad, to badder, to baddest.

First the bad: everyone agrees that the derecho was bad: a line of storms that swept across much of Iowa, Illinois, and Indiana with winds sometimes in excess of 100 mph. The storm uprooted or snapped off tens, maybe hundreds of thousands of trees, downed or dangerously stretched power lines, left over a million people without electricity, some for over a week, and forced businesses to close temporarily due to a lack of power. Fortunately, the derecho caused few deaths.

Bad also were the record wildfires that raged up and down the West Coast, and the hurricanes and tropical storms that hammered the Gulf Coast. Both claimed human lives. Nor were these disasters limited to the United States: wildfires devastated large areas of Latin America, Africa, Asia and Australia. The destruction of wildlife populations is incalculable, and of course of property and infrastructure as well.

Cleaning up the derecho’s mess has been pretty straightforward, and we have some general ideas about how to reduce the damage should there be another. Burying power lines is a start. The tree damage is probably inescapable. The fires and floods have caused great losses. Planning for how best to avoid future losses is going to be contentious and hard.

Less straightforward, and more fraught with difficulty—and thus badder—has been the global COVID-19 pandemic. COVID has disrupted our lives for months, put businesses on the ropes or shuttered them indefinitely, substantially reduced our social interactions and colored them with caution and uncertainty. Too many lives have been lost—in Iowa, the United States, and around the world. As I write, the number of American deaths has passed 250,000 and the number worldwide is over 1,000,000: all caused by a new type of virus that may have first appeared in Wuhan, China, may have originated in bats, may have been transmitted to humans by pangolins, may have emerged from a recombination of viral genes across different species—scientists are still trying to determine its origin.

We appear to be on the verge of having an effective vaccine against the virus following a massive effort by scientists. In the meantime, there is widespread agreement among infectious disease experts that we can lower rates of contagion by wearing masks, practicing social distancing, engaging in contact tracing, and minimizing time in small enclosed spaces. Not everyone is convinced of this, and others are unable to follow these measures due to their living situation or their jobs. In the midst of the COVID pandemic very few people are talking much about how we might avoid the next one, or at least respond to it more effectively.

Bad as the pandemic has been, though, there is a still bigger problem—the baddest: climate change. In fact, climate change could well be a contributing factor to the derecho, the wildfires, the hurricanes, and the pandemic. And beyond the short-term damage caused by the derecho or the mid-term damage caused by the pandemic, the damage that will be produced by climate change is likely to be very long-term and very pervasive, more pervasive than COVID, causing food shortages, the spread of diseases, and decline in our quality of life of crisis proportions.

“Climate change” is actually too benign a label. All life is change and adaptation to change. “Climate disruption” comes closer to the truth. Disruption implies change on a scale or in a direction that may make adaptation impossible. It is a step on the way to climate crisis. Indicators reach tipping points, resources are diminished, options are limited, and neither mere wealth nor sheer will are sufficient to overcome the threat. Much uncertainty surrounds COVID’s future, but most of us are confident that it will soon be behind us. The uncertainty about climate disruption is vastly greater because so much more will be impacted.

As derechos go, the one that hit the Midwest in August was unusual in its intensity and its scale, and climate scientists have been saying for several years that one of the likely consequences of climate disruption is more severe weather events. Since derechos have not been studied as much as tornadoes or hurricanes, at this point meteorologists are cautious about saying this applies to derechos, but an August 27 article in Science News, “What’s behind August 2020’s extreme weather?”, notes that warming at Earth’s surface “could increase the likelihood of more and stronger derechos by increasing atmospheric instability.”

The frequency and scale of wildfires is also related to climate change. The [Center for Climate and Energy Solutions,]((c2es.org) an independent, nonpartisan, and nonprofit organization working on practical solutions to climate change, states unequivocally that “climate change has been a key factor in increasing the risk and extent of wildfires in the Western United States.” One consequence of climate change in the American West, their research shows, has been the creation of warmer and drier conditions that increase the combustability of forest fuels. This led to a doubling of the number of large fires in the West between 1984 and 2015. The year 2020 set new records.

Climate disruption is the baddest of the bad threats we face as a nation and a world and we need protection from it. If we act in concert now we can avoid the worst of its effects. Doing so may also help protect us from more derechos, more wildfires, more hurricanes and more pandemics…

What about pandemics and climate disruption? Scholars at Harvard’s T.H. Chan School of Public Health know that disruptions in climate impact how we relate to other species on Earth. On their website they write, “As the planet heats up, animals big and small, on land and in the sea, are headed to the poles to get out of the heat. That means animals are coming into contact with other animals they normally wouldn’t, and that creates an opportunity for pathogens to get into new hosts.” Direct degradation of habitats, such as through deforestation, has the same effect of stimulating the movement of animals and the pathogens they carry into new places.

The effect all of these threats have on agriculture is of major concern to Midwesterners. The recent derecho massively damaged the corn crop, with one market analyst estimating the loss at between 200 and 400 million bushels. The LNU Lightning Complex Fires in California, the second largest in the state’s history, had consumed 341,000 acres in Sonoma, Napa, and Lake counties as of August 24, 2020, at which time the fire was 17 percent controlled, according to a report posted to the website Civil Eats. The fires are “impacting agriculture communities known for diverse family farms” through direct damage to crops and livestock and deteriorating working conditions near the fire. “For many indigenous peoples of California,” the report goes on to note, “the fires are wiping out entire harvest seasons, threatening their food security.” COVID-19 disproportionately impacted Iowa’s meatpacking industry and its heavily Hispanic workforce. Swine flu, a form of coronavirus which appeared in 2009, infects pigs worldwide. Avian flu can infect domestic poultry. (Both can also spread to humans.) Climate disruption, by affecting temperature and rainfall patterns, impacts growing conditions in ways that have already harmed agriculture in many parts of the world. Could Iowa’s climate become too dry to successfully raise corn? Perhaps in the future Iowans will learn to boast about our sorghum or millet crops, both of which are more drought-tolerant than corn.

The current model of agriculture in Iowa and the Midwest is also a major contributor to the oncoming climate disruption. Intensive use of fossil fuels, the methane produced by large numbers of ruminants, and farming wholly reliant on annual monocultures all either increase carbon emissions—the main cause of climate disruption—or make remediation efforts more difficult.

It makes practical sense for us to reduce the causes of climate disruption, thereby scaling it back to a form of climate change that we can successfully adapt to. It is time for state and federal government to join ordinary citizens and corporations in this action. President Ronald Reagan said, “Government’s first duty is to protect the people, not run their lives.” Protecting the people can entail some sacrifices, as with seat belt laws and smoking bans. Climate disruption is the baddest of the bad threats we face as a nation and a world, and we need protection from it. If we act in concert now we can avoid the worst of its effects. Doing so may also help protect us from more derechos, more wildfires, more hurricanes, and more pandemics. 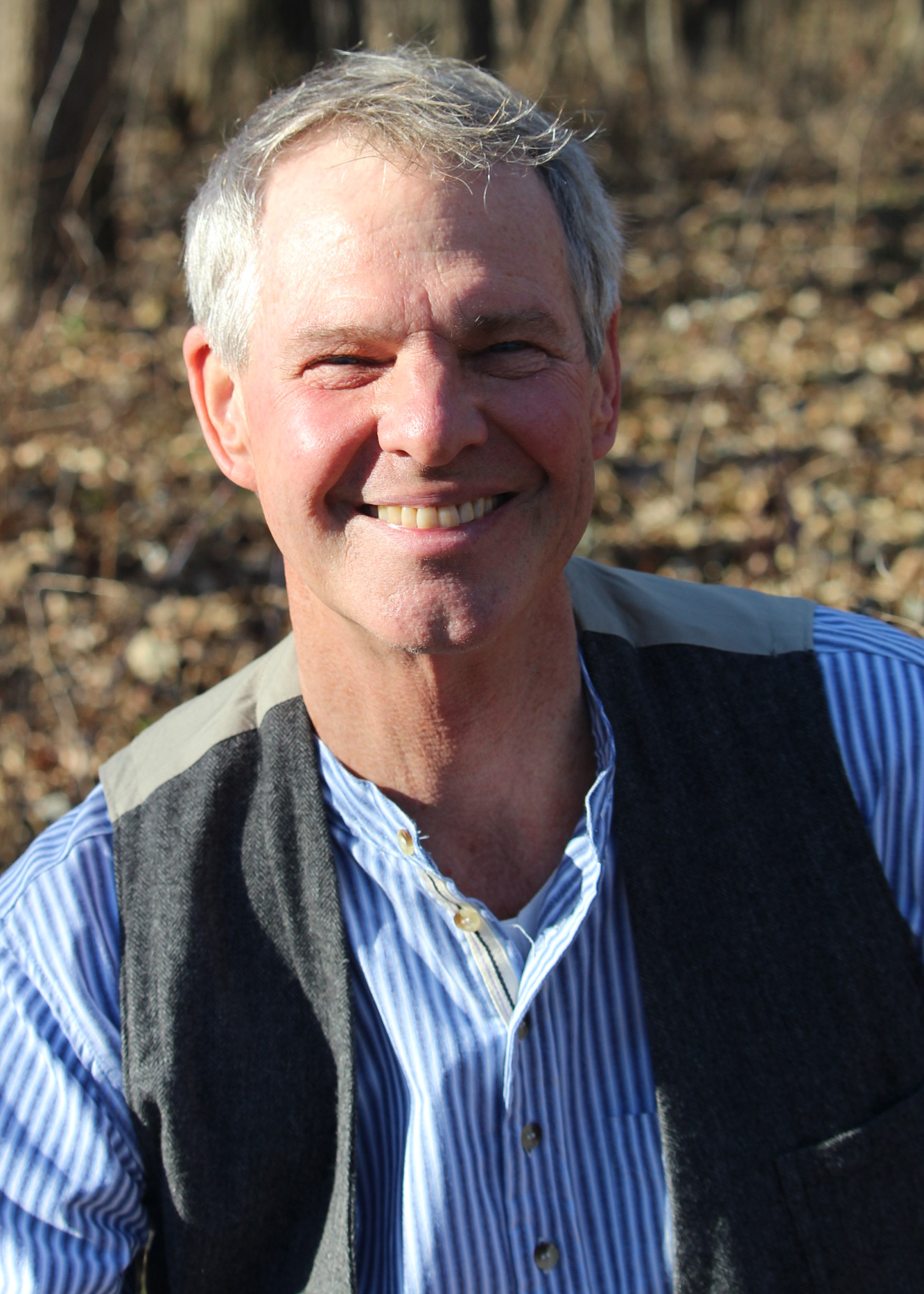 Jon Andelson is the Publisher of Rootstalk. He is Rosenfield Professor of Social Science (Anthropology) at Grinnell College and co-founder and emeritus director of the College’s Center for Prairie Studies.