When most people think of Minnesota food culture, church potlucks, state fairs, and lines of hot dishes are often what pops into their minds. Meals like tater tot hotdish, lefse, or freshly caught fish are in most Midwesterners’ brains. The Minnesota State Fair, the second-largest state fair in the country (after Texas), features a very unique brand of fair food. Fresh donuts, malts, and cheese curds are on the menu, along with a healthy dose of the iconic Midwestern fixture, corn. It’s found roasted in the husk, but also as an ever-popular flavor of ice cream.

Every iconic Minnesota food has its own unique origins, as immigrants and settlers have come into the state from all across the world. The culinary landscape is still in flux as traditions are revived, and new groups of people bring their foodways with them. New restaurants open constantly, from Sean Sherman’s first full-time decolonized establishment, the Indigenous Food Lab (slated to open in 2021) to the massive growth of Latino-owned establishments. From the indigenous people who first inhabited the land, now to the Somali and Hmong people who call Minnesota home, there is something for everyone.

Across Minnesota, new restaurants are opening, featuring foods of the many ethnicities that inhabit the state. Food, for many people, is home, and chefs from many groups are experimenting with blending the traditions of their homelands with classic “Minnesota food.” This allows them to feel connected to their past and share it with others. Minnesota food represents a crossroads between what is available from the land and the cultural traditions of those who settled there.

Many reservations are not located in places that were traditionally occupied by the tribes, and many living on reservations lack easy access to grocery stores. For many living on a reservation, canned and boxed foods are dietary staples, and traditional dishes have been rendered obsolete. However, some chefs are attempting to combat this slow fade of indigenous foods. Sean Sherman , an Ogalala Sioux chef and founder of the Sioux Chef, a group of indigenous people seeking to revitalize Native culture, is working to recreate traditional dishes with many tribes around the country. He encourages sustainable, native-harvested options. The recipe we’re reprinting here, which appeared in the New York Times cooking section on November 4, 2019, uses wild rice and berries, which are endemic to Minnesota and are common ingredients in many recipes from the region. Whenever possible, Sherman encourages using Native-harvested ingredients, such as wild rice from Native Harvest, which prioritizes native harvesting methods.

Oglala Lakota Chef Sean Sherman, founder of The Sioux Chef, is decolonizing our food system. From growing up on Pine Ridge to an epiphany on a beach in Mexico, Chef Sean Sherman shares his journey of discovering, reviving and reimagining Native cuisine.

From Sean Sherman via NYT Cooking

Much contemporary Somali cooking was influenced by Italian colonists who came to Somali in the 1880s. Spaghetti, for example, is a staple in Somali kitchens. One finds many similarities between Somali and Italian cooking, although spices or cooking methods often differ. Curries, stews, and protein over rice or spaghetti (sometimes both) is the basis of many Somali recipes, usually with a homemade hot sauce. An equally important aspect of Somali cooking is the banana. It is served with nearly every meal, and eaten with rice and stew. Every Somali kitchen includes cardamom. Cardamom cookies are a staple, and Somalis consume the second most cardamom per capita, after the Finns.

Even just a few years ago, Somali cuisine was difficult to track down. The first groups of Somali people came to Minnesota in the 1980s, with a majority arriving in the late nineties. However, the Somali language began to be written down only in the 1970s, and because of this there has been only one Somali cookbook in English, called Soo Fariista/Come Sit Down: A Somali American Cookbook. Most family recipes were never written down, just passed along orally. In 2018, a group of Somali teens, most of them first-generation immigrants, set out to create a new Somali-American cookbook. This book’s authors followed their parents around the kitchen, documenting cooking processes that had been passed down from generation to generation, and which were available in print only on little-visited internet sites. The authors’ ambition was to make these foodways available in everyone’s kitchen.

Abderazzaq Noor started The Somali Kitchen because it was a great way to combine his passions—food, cooking, eating, writing and Somali culture. His love for food and cooking came from his beloved parents, who ran a popular Somali restaurant.

From Abderazzaq Noor via The Somali Kitchen

As America pushed to settle the West, more and more people looked at the Midwest and decided to settle down. During the late 19th and early 20th centuries, the Twin Cities experienced rapid growth, due to the high prevalence of industrial jobs, especially in wheat mills. Many German and Scandinavian immigrants settled throughout Minnesota, both in cities and small farming communities. Minnesota was geographically most similar to their home countries, with mild summers and long, harsh winters. They brought the food traditions that sustained them through those long nights and found that many vegetables they grew back home flourished in the Minnesota Climate.

This recipe, from a “Mrs. A.P.C.” of Bemidji, comes from Ladies Home Journal Vol 46 Issue 4, published in April 1929, just months before the stock market crash that heralded the Great Depression. In this time of surplus, many people were able to afford prepackaged foods from stores, and small personal gardens fell somewhat out of favor as people flocked to large cities. This was the start of more cultural homogenization, and as the article notes in its title “Minnesota, Border State, Shows Foreign Influence”. While rather unassuming and, mainly consisting of meat, crackers, and potatoes or carrots, the recipes are heavily indicative of the food culture and landscape of the prairie region in the early 1900s.

In the 1970s, the Hmong people began immigrating to the US, fleeing wars in their homeland of Laos. Now, the Twin Cities have the largest concentration of Hmong people of any city in the United States. Making their home in the Midwest allowed them to bring their culture and food traditions with them. A decade ago, as the first Hmong restaurants began opening in the cities, Hmong restaurants did not capture the true Hmong foodways. The menus often had everything from cashew chicken to pho and everything in between. It seemed that there was a view that it was “Asian food”, and Minnesotans had not quite seen how it set itself apart.

Over time, more children grew up and began to blend their Hmong roots with their Midwestern upbringing. Today, Hmong food has carved its distinct niche in the Minnesota food scene. For chef Yia Vang, food, and in particular, hospitality is the backbone of Hmong culture. It is a way to connect, to show warmth, and to appreciate history and how far families have come. For many restaurants, the food that appears on their menus is not of their invention, but rather something their parents made for them growing up. It is comfort food, at its essence.

Yia Vang was born in a Thai refugee camp, came to the United States at five years old, and eventually arrived in the Twin Cities as part of the largest urban Hmong population in the world. He cooked at Nighthawks Diner &amp; Bar , Borough , and Gavin Kaysen’s Spoon &amp; Stable before starting Union Hmong Kitchen , and serves as a passionate, tireless, funny, and forgiving advocate for Hmong food

From Yia Vang via Bon Appetit 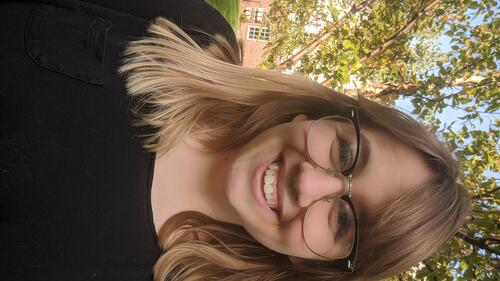 Nicki Kreutzian ‘23 is a second year student at Grinnell College, studying Political Science and German. She grew up in Omaha, Nebraska, where she wrote and designed for her high school newspaper. She has fond memories of spending summers on Cass Lake, where her great-grandmother owned the Cass Lake Lodge. She enjoys cooking and making traditional and family dishes, and is well known in her family for making krumkake every Christmas. She plans on attending law school after recieving her undergraduate degree.