A Place to Call Home

Twenty eight years ago, on a cool August evening, our family—consisting of my husband David and me, our three kids Josiah, Katie, and Nathanael, and a hound dog—turned a huge corner in our lives and, with great anticipation, pulled off Interstate 80 at mile marker 182 to begin our life in Grinnell, Iowa. A few weeks earlier, my husband had received a call to be the new pastor at Immanuel Lutheran Church, a small church north of the high school, with cornfields in its backyard. We knew little of Grinnell, only that it was sandwiched between Iowa City and Des Moines, it had a small, world-renowned liberal arts college located in it, and it was a half-day’s drive from Grandma’s and Grandpa’s house.

On our family’s second day in Grinnell we walked to the public library. This was something we did wherever we moved because we learned that you can tell a lot about a community by its library, especially considering what it offers children. As we drew closer, we could see some kind of activity on the front lawn. Old and young were at tables folding multi-colored paper squares into paper cranes. One thousand of them. I have always remembered the date: August 6, 1990, the 45th anniversary of the bombing of Hiroshima. The staff at the library offered this activity in order to teach children about this tragic event in world history, but in a way that gave them hope. It became our first memory of living in Grinnell. After joining the activity and making our cranes, we walked into the beautiful library with its rich, warm wood and its smell of thousands of books. We loved the glass floor in the upstairs stacks and the glass ceiling one saw looking up from below. Through the time to come, we would return again and again to enjoy this treasure in Grinnell.

As we settled into our new life , we slowly began to discover the things that made Grinnell seem a special place to us. Through my husband’s job as pastor, through mine teaching 5th grade at Grinnell Middle School, and through the friendships our kids, Nathanael, Katie, and Josiah, formed at school, faces around town began to have names. We started learning the stories of the people who live here, and they began to learn ours. We developed friendships that would last a lifetime and that have made our lives so much richer and more joyful.

For instance, there was the day when we were walking to Merrill Park, just down the street from where we lived, and saw a little boy about four years old crouched down on the sidewalk with a bowl full of water. He looked to be about our son’s age, so we stopped to talk with him for a little while. When we asked him what he was doing, he responded, “Drowning ants.” Our son had just met the boy who would be his best friend growing up. They bonded through riding bikes, playing baseball, playing their instruments in marching band, running cross country. Later, that boy was a groomsman in our son’s wedding. We still laugh remembering that day. No other place on earth has Hamburger Hill, which is the spot on the golf course where kids go sledding in Grinnell on sparkling white winter snow days, or Dari Barn, where chocolate ice cream in a cup with crunch makes any day in summer a holiday. Where else can you hear the sounds of a bagpipe band coming from the neighbor’s backyard, or attend world class music concerts and sporting events at Grinnell College with no admission fee? And—maybe the best thing—students from around the world who teach us of the culture of their home country and, in return, take something of Grinnell back home with them.

This past October my husband and I were in a small church in Cape Breton, in northern Nova Scotia, to attend a Celtic service called ‘The Blessing of the Kilts’. I had just signed the guest book with our names and hometown, when a lady breathlessly approached me and asked, “Are you from Grinnell, Iowa?” When I responded that yes, we were, she took my hand and said that her husband had graduated from Grinnell High School and Grinnell College and had just been in Grinnell the week before to attend the high school homecoming parade celebrating his 50th year class reunion. She was so happy to talk to us and introduce us to her husband. After visiting with them for a while we learned that he had grown up in the house next door to where we live. Whispers of Grinnell seem to follow you wherever you go.

Last September our son came home to celebrate his 40th birthday. When we asked him what he would like to do, he said he wanted to get his childhood buddies together and play Home Run Derby down at Merrill Park, where they had played so often when they were kids. We collected several buckets of the baseballs we had carefully stored away in our basement, grabbed a few of the old baseball gloves, and headed to the park. Our son drove down from Cedar Rapids that morning; others came from Ankeny and some from down the road or around the block. They came now with their own sons. For a morning we watched them run and hit and laugh and throw, transported to a more carefree time: being 13 years old on a beautiful blue-sky September day.

For us, Grinnell indeed lives up to its slogan, the “Jewel of the Prairie.” How fortunate we’ve been to live in such a special place. 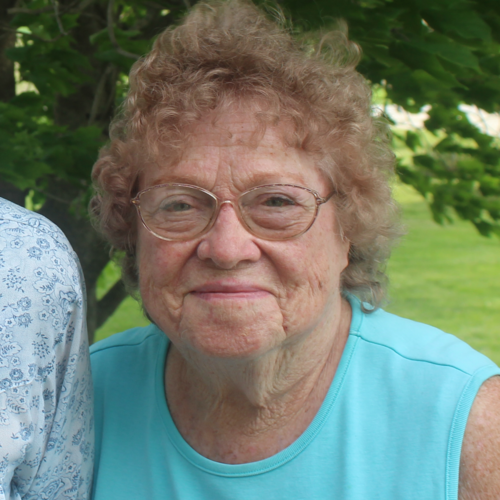 Bridget Brandt grew up and went to school in Mankato, Minnesota, and is a graduate of Mankato State University. She and her family have lived in Grinnell, Iowa, for the last 28 years. For 25 of those years she taught reading and American history at Grinnell Middle School, retiring in 2015. She enjoys reading, riding her bike, traveling to quiet windswept places, and spending time with her family, especially her seven grandchildren.