The Notion of North

My parents wished away their lives in their winter States over moving south to Florida or west to the California coast. But I dreamed of north, always north. I knew just where I’d go– North Dakota: First to Bowbells then across the border at Portal, and on along the railroad trunk line to Churchill by Hudson Bay.

Then east across Quebec to Chicoutimi where Highway 175 makes a circle around the town as if giving travelers a chance to escape before overstaying their welcome. Towns I’d visit for no other reason except for the sounds of their names. Places I read from the Texaco roadmaps I saved like other kids collected baseball cards: Moose Jaw, Flin Flon, Saskatoon, Yellow Knife.

I’d stop in cities I couldn’t pronounce on a bet: Antigonish, Cocagne, Tatamogoosh, Musquodoboit, and of course, Middle Musquodoboit. I knew I could sow my wild, winter oats in Fertile, Saskatchwan, and that they’d have a parade for me in Welcome, Ontario. That I’d sit for a while, find my karma in Peace River until I finally made it to Paddle Prairie where it stays light all night in summer. I’d travel these towns

where rumor has it that ponds freeze over in September, where the only two seasons are winter and the first of August, where they won’t let you play hockey unless you speak fluent French. A guy once told me it was so boring in Newfoundland that the only things to do was drink, watch television and screw and I remember thinking: What else could one want?

But I never went, never did load up a VW bus, catch a Greyhound, take a puddle-jumper to Red Deer or Regina, Moncton or Trois Riviers. Never made it past Ohio, Indiana, save for the occasional foray to Seattle. And now

too old, landlocked in these dreams and living in a California desert lost among brown, burning hills, I long still for northern nights, basso winds tinged with frost, fenceposts that dress up on Sundays

in their best winter hats of snow. I watch the sky and watch for the chevron flight of Canada Geese and listen as they leave faint, distant cries of their wish to make it all the way home.

Another January comes to Iowa. But these farms and fields are nobody’s fool: they give up what little scraps of husks and stalks they have left after a late fall’s harvest to hunker down and wait for the first full frost of the year. This house, too, has been trying to tell me for weeks

with its whistle and its moans through spaces that leak frigid air that I should have covered the porous windows with plastic, stuffed foam between the doors and floors by now, made sure there’s oil in the tank in the back yard for when the fuel truck can’t make it

through because of the iced roads. But, like always, I’ve been a slow learner. I’ve not yet gathered my supply of gossip and rumor to sustain me like cords of firewood throughout the three, no, make that four months that winter holds court and announces itself king. It won’t be until March, before any

any of us hobbles out on our toes to avoid the mud, peer straight down at our driveways to avoid the black ice that wants nothing less than to do us in. I’ll just have to make it best I can with the little I’ve put away to ride the season through: lean in hard to the secrets that everyone keeps

but everyone knows, live, best I can, to hold on until I emerge, see the shadows of those who made it into spring and take comfort on how my neighbors survived using my life as kindling to stoke their own winter fires. 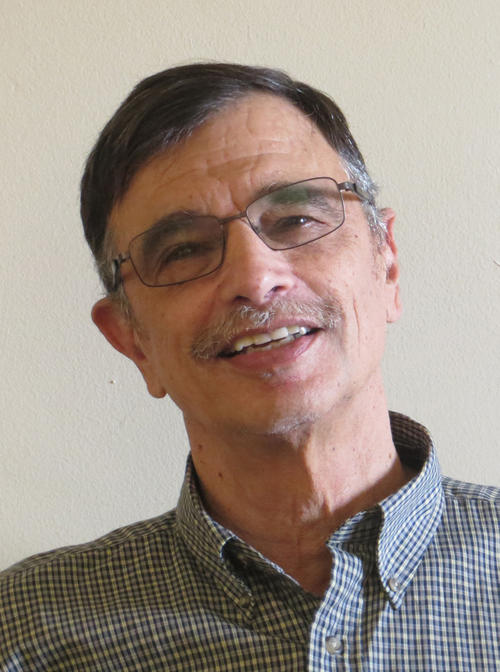 Richard Luftig is a former professor of educational psychology and special education at Miami University in Ohio now residing in California. He is a recipient of the Cincinnati Post-Corbett Foundation Award for Literature. His poems have appeared in numerous literary journals in the U.S. and internationally in Canada, Australia, Europe, and Asia. Two of his poems recently appeared in Realms of the Mothers: the First Decade of Dos Madres Press, and Rootstalk published three of his poems in its Fall 2017 issue.