in the darkening a straight wind out of southwest got violent on the prairie, nothing to hinder it but a town or grove, and younger trees bent deep, not cracking, losing no leaf, seemed to be joining in, bearing guidons for it, and at the window I read lines in an old book

Frithiofs Saga by Esaias Tegnér, the Danish translation, a copy someone had brought along to read and reread during settlement of a Dakota of tornado and blizzard, the language could not go on however, would not have done where weather broke into columbarian serenity and did not arise from unquiet sea movement, now the book was mine along with a memory of one that had read aloud, of a voice wanting Frithiof’s northern gods to have been, to ignore the others or none directing the wind in this broad wilder place

But with wilder Thrusts       the Storm comes down 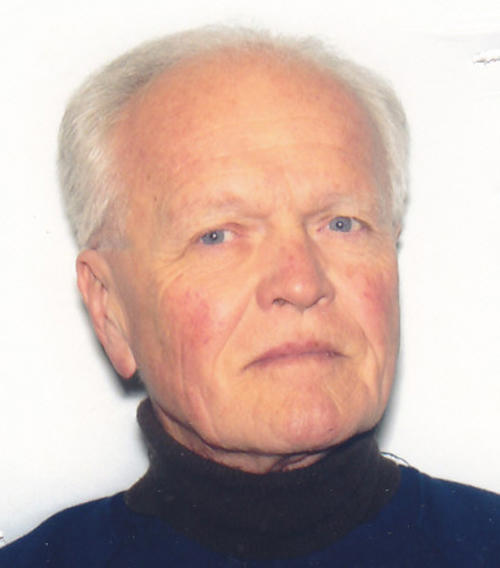 Rodney Nelson’s work began appearing in mainstream journals long ago. See his page in the Poets & Writers directory at http://www.pw.org/content/rodney_nelson. He has lived in various parts of the country, working as a licensed psychiatric technician and copy editor, and now resides in the northern Great Plains. Recently published chapbook and book titles are Canyon, Late & Later, Metacowboy, The Western Wide, Mogollon Picnic and Ahead of Evening, (both from Red Dashboard Press), Hill of Better Sleep, In Wait (Mind Bomb Press), as well as Felton Prairie, Cross Point Road, Billy Boy, Winter in Fargo, Hjemkomst, Time Tacit, and Minded Places (all from Middle Island Press).