Prairie Potholes and Their Importance to Waterfowl

The prairie pothole region of the north-central United States and southern Canada was formed 10,000 years ago when the Wisconsin Glacier retreated from the North American landscape. This glacier left behind chunks of ice either on or slightly below the land’s surface. When the ice melted, it formed millions of small, shallow, depressional wetlands that are commonly called prairie potholes. There is no other landscape on Earth with this abundance of wetlands and accompanying diversity of shapes, sizes, and depths.

These pothole wetlands are primarily freshwater systems, although some at the bottom of watersheds can become brackish over time. The incredible diversity and number of pothole wetlands, originally estimated to 25 million, attracted an equally impressive and abundant number of waterfowl, shorebirds and songbirds to nest and raise their young in the prairie pothole region each year. Because most birds become territorial and spread out during the breeding season, the vast extent of the pothole region—covering 300,000 square miles—has provided ideal breeding habitat for these birds, which number over 100 million ducks alone every fall.

As society and agriculture expanded across this region, scientists estimate that about 50 percent of the original prairie pothole wetlands were drained and converted to other uses, including row crops and industrial and residential developments. This trend of habitat loss has meant a historical reduction in the landscape’s ability to support bird populations. Fewer potholes has meant fewer birds. With fewer potholes, more chemicals remain in our drinking water and more water leaves the landscape, contributing to flooding downstream. Wetland conservation is critical to keeping our skies filled with birds to mark the changing of the seasons and to keeping our communities healthy and sustainable. 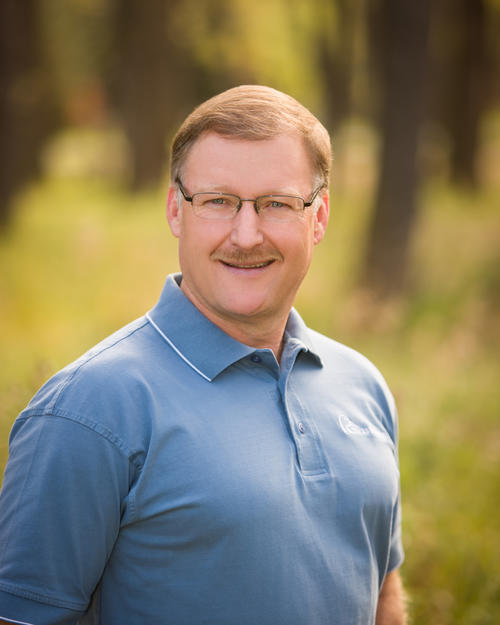 Stephen E. Adair Ph.D. is the National Director for Conservation Strategy for Ducks Unlimited, Inc. Dr. Adair received his doctorate in wildlife ecology from Utah State University, his M.S. in wildlife management from Texas A&M University and his B.S. in biology from the University of Texas at Austin. Before assuming his current national role, he served as the di-rector of operations for DU’s Great Plains Region for 12 years. Dr. Adair has exten-sive experience across North America in conservation program development, im-plementation, and evaluation. Dr. Adair lives in Bismarck, North Dakota with his wife Laura and has two children in college.