Rootstalk: How did this film get started—who came up with the idea?

Potter: The giant screen film is the result of a “summit” held in 2018 at the Max McGraw Wildlife Foundation where several of the leading philanthropists and conservation executives in the waterfowl world gathered. It was agreed that despite all that has been done to date and the billions spent, we are not reaching the mainstream public or public policy makers in both the US and Canada to the extent needed to have them realize the importance of the prairie breeding grounds and their wetlands.

Rootstalk: Why was it decided to make a film rather than using other media, such as an exhibition or a book, to reach out?

Potter: It is about communicating to the public. Giant screen movies are the best way to show dramatic visual footage and to educate. There is no better format.

Rootstalk: What helped push the film from an idea into a realization?

Potter: We traveled the country meeting with leaders in waterfowl conservation, and it was agreed we needed to add to our communication efforts with a punch/impact if we were to increase our effectiveness.

Rootstalk: What do you want viewers to take away from watching it?

Potter: The North American prairie breeding grounds are the lifeblood for birds. If they are lost, so are many of our birds. They must be saved, and they can be, with effective public politics and private sector engagement. The world will realize we have our own Amazon here in North America, and it is the prairies. We can save them and bring back a billion birds.

Rootstalk: What approach does the film take to deliver this message?

Potter: It is visual and storytelling. The audience becomes emotionally engaged with the land and its birds.

Rootstalk: Why do you think so many people don’t know about the potholes, even though they’re one of the most important ecosystems in the world?

Potter: Because few live there. The Everglades are wellknown due to people living there. The prairie is a place few visit, and it is not a sexy sell. It has, for these reasons, been forgotten and overlooked. But it is the most important bird ecosystem in North America and [important] also for water aquifers and purification.

Rootstalk: What have some of the challenges been in working with the film?

Potter: Any time you film wild birds and animals, it is unpredictable. Also, the weather is a key factor. Bad weather delays or changes schedules.

Rootstalk: What was the process of getting funding for the movie and using it effectively?

Potter: The funds were raised privately and with Ducks Unlimited And Delta Waterfowl’s support.

Potter: Viewing the film will be a transformative experience. People will become knowledgeable and emotionally attached. They will call for action. To communicate effectively is to be informed and to have emotion. The film does this. 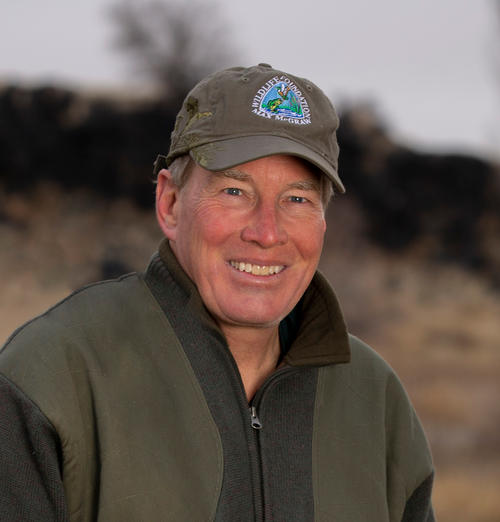 For over 30 years, Charlie Potter has been engaged in the conservation/agricultural/natural resource/outdoor industry nationally. Potter has led major North American conservation organizations and has been active in large scale agriculture, open space and recreation property management and transactions. He has served on numerous national conservation/natural resource boards and has been a leader in the outdoor exposition industry and communications field.