Pierce Hill Performing Arts cultivates artistic excellence of music in the Driftless Region of southwestern Wisconsin. A coalescence of music and community, the non-profit has two main focuses: bringing renowned musicians to perform in rural Wisconsin and providing music scholarships for young people to attend music camps. I interviewed the founder, Wyatt Sutherland, to learn the story behind Pierce Hill. Pierce Hill’s existence is a testament to many people’s generosity and commitment to music. When Wyatt’s mother moved to the U.S. from Japan before he was born, her father told her to make sure that her children studied music. He insisted that music opens doors to opportunities in a way that nothing else can. Heeding this advice, she saw to it that Wyatt and his sister studied music growing up. Though the family lived in poverty, she made sure that this did not prevent her children from pursuing music. Wyatt’s mother worked three jobs and was committed to having her children receive quality music instruction. Wyatt took lessons, attended music camps, and developed talent on the cello. As time went on, friends and strangers stepped in to financially support Wyatt’s cello endeavors. One person paid for his cello lessons, another for instrument maintenance, and still others paid for his taxi rides to cities to attend different music-related events. At one point, Wyatt had the opportunity to attend a summer camp, but couldn’t afford it. An anonymous donor came forward and paid for the camp tuition. After graduating high school, Wyatt found himself playing a recital in Oklahoma City. A family asked him what type of cello he played, and, realizing that it was of low quality, asked him why he didn’t have a better instrument. When he told them that his mother already worked three jobs so he couldn’t afford to get a new one, the family flew him to Chicago and paid for a new cello. Wyatt reflects on how, throughout his life, people have financially supported his pursuit of music.
Inspired by the generosity shown to him, Wyatt dreamed of creating an organization that would support young musicians in developing their musical abilities. Established in 2018, Pierce Hill Performing Arts made Wyatt’s dream a reality. Drawing inspiration from barns converted into performance halls such as Tanglewood in the Berkshire Mountains and The Barns at Wolf Trap in Washington DC, he and his family built a wooden barn on their property outside of Viroqua, Wisconsin . During the winter, Wyatt keeps farm equipment in the barn, and in the summer, transforms the barn into a beautiful performance space. Throughout the summer months, world-renowned musicians perform there as a part of Pierce Hill’s summer concert series, and people come from near and far to attend. Before each concert, people enjoy a candlelit picnic on the property, and often food vendors come to sell locally-sourced food. Performers such as The Accidentals , Ickes and Hensley , Leyla McCalla of the Carolina Chocolate Drops , and countless professional chamber musicians have performed in the barn.

Wyatt’s answer in response to why he wanted to bring these concerts to rural Wisconsin illuminates an interesting aspect of small communities. He noted how much he respects the people of his community and everything they do, but he has learned over the years that people who live in small towns often don’t know what the wider world is like. Specifically, the live music they are exposed to rarely matches the caliber of music in big cities. Because of this, he wanted to bring renowned musicians to the community to give people exposure to an excellence of music that they had never heard before. In May 2018, after the first concert at Pierce Hill, Wyatt remembers how people left stunned, having never before witnessed such musical talent. Not only is Pierce Hill exposing people to excellent music, it’s giving young people the opportunity to become excellent musicians. Wyatt notes the difficulty of finding quality music teachers in smaller towns, as cities present many more teaching opportunities. When his four children were growing up, his wife drove them to Chicago, Madison, and the Twin Cities every weekend for fifteen years for their music lessons. By providing the scholarships for young musicians, Pierce Hill is helping students to enhance their music abilities beyond their local communities.
These scholarships come from proceeds from the concert ticket sales. The scholarships are merit-based, and young Wisconsin musicians can apply by submitting a live performance video, along with an essay about how the camp will help them. Pierce Hill Performing Arts funded a scholarship for high school violinist Tiffanie White to attend Indiana University Summer String Academy in 2019, contributing to her continued development in music. She was honored to have been taught by Mimi Zweig, professor of music at Indiana University Jacobs School of Music and director of the Summer String Academy, who helped Tiffanie focus on how she was artistically crafting every piece that she played. She says, “I was inspired to come out of myself and become an artist by ‘painting a picture’ as I perform.” The program also taught her how to practice efficiently and gave her more experience in collaborating with pianists and chamber groups. A teacher herself, Tiffanie notes, “I want to help others to be successful on their instrument and learn to love violin like I do.” By attending the program last summer, she has more of a vision of the potential each student has to become an excellent musician.
What stands out to me about Pierce Hill is the exposure it provides to what is possible, not just in music but in all aspects of life. When people first hear outstanding music, they may begin to realize that other things in their life also have the potential to become higher caliber. This recognition of excellence keeps people motivated, invigorated, and enables them to accomplish things they never thought they could. Pierce Hill serves as a reminder that with time, dedication, and the support of community, we can all achieve excellence in whatever we do. 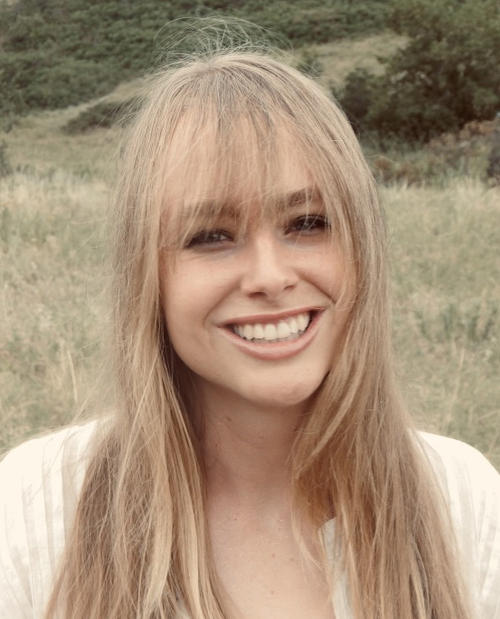 Wyatt and Monika Sutherland founded Pierce Hill Performing Arts in 2018 out of a desire to provide opportunities for young musicians and to expose people in south-western Wisconsin to artistic excellence. They met at Indiana University’s School of Music in Bloomington, Indiana, while studying with the renowned cellist and pedagogue, Janos Starker, and went on to become professional cellists. Knowing that a chamber music ensemble can be rich in life lessons, in 2007 they founded YellowCello Young Artists, a conductor-less chamber orchestra program for young string players centered around leadership, team dynamics, and communication. Wyatt uses many of the same transformational leadership techniques with his Fortune 100 clients that he taught to middle/high-school students in YellowCello Emma Schaefer, from Niwot, Colorado, is a student at Grinnell College (class of 2022) where she is studying Multimedia Storytell-ing. She is on the Cross Country and Track teams, works in Admissions as a tour guide, co-hosts open mic nights, and regularly per-forms as a singer-songwriter.