Anna Segner produced the painting at right as part of the State of Iowa’s 20 Artists 20 Parks , artist residency and traveling exhibition. As the program’s title suggests, Segner was one of 20 artists who were chosen by the Iowa Department of Natural Resources , Iowa Arts Council , and Iowa State University to visit one of Iowa’s state parks and produce art based on the experience. For her residency, Segner was assigned to Rock Creek State Park in Kellog, Iowa.

The program is part of the State of Iowa’s observance of the centennial of its park system, which began when Backbone State Park was dedicated on May 28, 1920 and which has grown to encompass more than 70 parks and forests across the state. The exhibition developed from the program had been slated for showings in venues including the Dubuque Museum of Art (now canceled due to the COVID-19 crisis), Clarinda Carnegie Art Museum (September-December 2020) and the Sioux City Public Museum (January-May 2021).

Segner describes the experience that produced her painting this way: “My visit to Rock Creek State Park was full of summer light, warmth, and wildflowers, but I also encountered nature’s less cuddly side. My walks were incomplete without spotting a turkey vulture jabbing into roadkill with their well-designed bald heads and their blunt talons. While turkey vultures lack popularity, they are an unsung, important part of an ecosystem. Their diet of carcasses keeps the park clean and free of diseases. This piece is meant to confront the terrible beauty that is nature.” 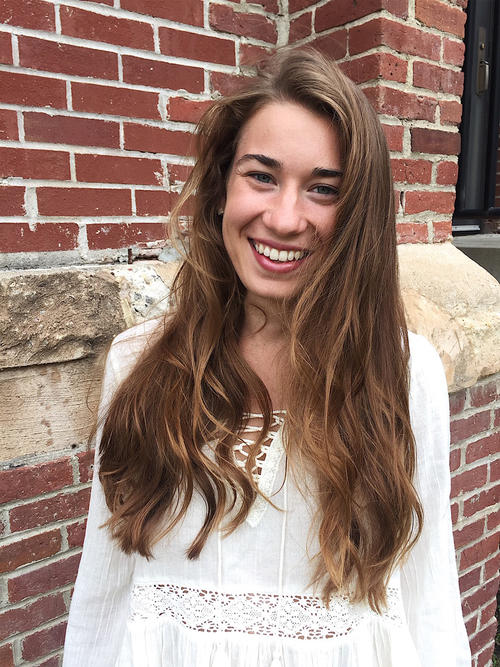 A Minnesota native, Anna Segner , is a studio artist focused in painting, mixed media and assemblage. In her practice, Segner incorporates critical animal studies and other research to question the human act of “toying” with animals and nature. Segner graduated from Saint Mary’s University of Minnesota in 2015 with a Bachelor of Arts in Literature with Writing Emphasis and Studio Art, and in 2019 earned her MFA from Iowa State University. Between studies, she worked as newspaper reporter in southern Minnesota. She currently teaches drawing in Iowa State’s Department of Art and Visual Culture.