Crows everywhere are as black as one another.
—Chinese Proverb

Winged with the feathers of benighted spirits
It has a deep darkness-filled throat, trying
To summon every bit of your inner being
In the name of Raum or Jingwei*

Even in this very moment
My mind is full
Of struggling presences
Such is
Always the case:
The moment its door opens
It is infused with whims & wishes
I stop to squeeze out
Each bubbling perception
But it always returns in a deformed form
To occupy the vacated room
Which has held part of me
You long to become mindful
Of a spiritual vacuum
Yet it never allows for
The briefest moment
of emptiness

*Raum is a figure known in demonology as the Great Earl of Hell, depicted as a crow. Jingwei is a goddess from Chinese mythology who drowned while playing in the Eastern Sea, after which she took a bird’s form. 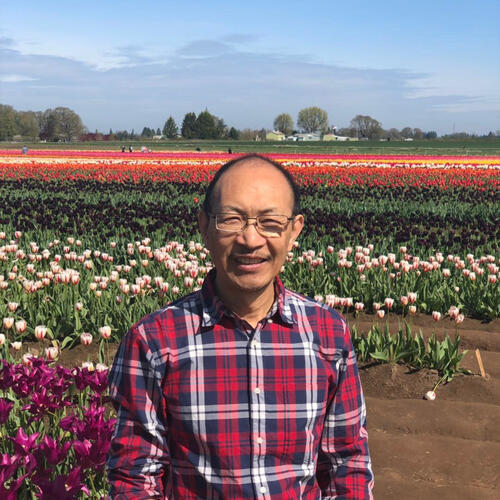 Changming Yuan began studying the English alphabet in Shanghai when he was 19, published translation monographs, and served as a college lecturer and administrator before leaving China. An independent tutor and translator with a Canadian PhD in English, Yuan is currently editing Poetry Pacific in Vancouver, where he also works on his own poetry. Credits include ten nominations for the Pushcart Prize, eight chapbooks, inclusion in Best of Best Canadian Poetry: 10th Anniversary Edition, Best New Poems Online, and publication in more than 1,700 literary outlets across 45 countries. Occasionally, Yuan blogs on yuanspoetry.blogspot.ca.